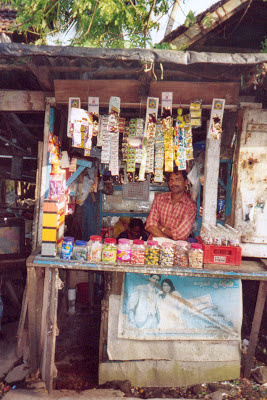 In one of its recent meetings, the Indian government has approved the National Food Security Bill, a bill against hunger and malnutrition in India.
The scheme aims at providing 5 kg grain per person per month to 67 per cent of the country's population at the rate between Re 1 and Rs 3 per kg. (1 rupee= 0.013 euro) as well as free meals to pregnant women, nursing mothers , children between six months and 14 years old, malnourished children and homeless.
The program, which must be approved by the Indian Parliament , is likely to benefit 800 million people people and the total cost will be about $ 22 billion, making it the biggest food security programme in the world.
The project, which some say is too expensive for the country, is seen by observers as a compromise between what Congress president Sonia Gandhi wanted and what the Manmohan Singh government was willing to deliver.
Rajnath Singh, president of the main opposition party BJP, criticized the delay with which the measure was taken, but he said that his party will not oppose the project, but which will propose some amendments.
One of the weaknesses of the initiative seems to be lack of clarity on the criteria for identification of beneficiaries. The intention is to make that choice based on the results of the Socio-Economic and Caste Census, expected to be available by October.
The observers judged the measure is very important in a country where, according to government data, 43% of children under five suffer from chronic malnutrition. Indeed, the Global Hunger Index of the International Food Policy Research Institute places India in 15th position out of 67 countries afflicted by chronic hunger and famine, a situation that is "alarming".
Many also highlight the need for the project to be protected from the corruption that turns out to be the biggest threat to its implementation.
Several studies have shown that, in recent years, between 35 and 55 per cent of the resources from food programs were taken and sold on the free market.