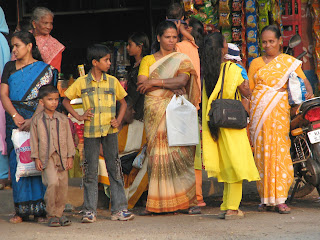 NEW DELHI:  India will miss its target of reaching population stabilization by 2045 with the Union health ministry now looking at 2060 as a plausible target.
India had set itself the goal of attaining replacement levels of fertility - 2.1 by 2010 - to achieve the larger goal of population stabilisation by 2045 - a gap of 35 years. However, by the end of 2010, only 14 states achieved the target. In fact, six states have fertility as high as 3-4.
This has made the ministry feel that instead of reaching population stabilization in 2045 at 145 crore people, it will reach the target around 2060 at 165 crores.
Union health minister Ghulam Nabi Azad feels improving use of any form of contraceptives - male and female condoms, IUCDs or pills - will help India reach its target.
The government has, therefore, under a pilot project involving 150 districts, decided to use Accredited Social Health Activists (ASHAs) to deliver contraceptives to the doorstep of villagers.
In an exclusive interview to TOI, Azad said instead of sending the contraceptives to states and "let them rot in their godowns", ASHAs will be given contraceptives free of charge by the Centre who will go from door to door in designated villages and sell them at 10% the cost.
"This way, the condoms will not cost the ASHAs a penny. However, by selling them to villagers at 10% the cost, they can keep the money as commission. On the other hand, villagers who now travel miles to get contraceptives will have it at the lowest price right at their doorstep," Azad said.
According to Azad, villagers give up using contraceptives because they have to travel far for a shop. Second, they feel shy to ask a chemist in a town for condoms or pills.
Azad added, "We can't fool ourselves anymore. Unless the rapid growth of population is contained, it will be difficult to ensure quality education, healthcare, food, housing, clean drinking water, sanitation, hygiene and a healthy environment for all."
Azad, however, made it clear that no legislation or law would be brought to contain population.
The minister is expected to discuss the issue of population stabilization at the state health ministers' meeting in Hyderabad on January 12 and 13.
"I believe we can achieve our target of population stabilization by improving contraceptive use and not by any legislation. At the Hyderabad conference, we will discuss not just TFR but how to reduce maternal mortality rate and infant mortality rate," Azad added.
Population stabilisation is a stage when the size of the population remains unchanged. It is also called the stage of zero population growth. Global population is said to be stabilizing when births equal deaths.
So what are the factors that influence population growth?
According to India's Population Stabilization Fund, natural increase denotes the difference between the number of births and deaths. India has seen declining death rates but the birth rates remain high. This is due to two factors -- unwanted and unplanned fertility and the desire for larger families.
According to officials, children who are born because of lack of poor access to contraceptive services -- also known as the unmet need -- are a major cause of India's population boom. The birth of three and above three children accounts for 45% of the 26 million births that take place each year.
Preference for a male child and high infant mortality accounts for 20% of births.

From Times of India: http://timesofindia.indiatimes.com/india/India-to-miss-2045-population-target-/articleshow/7261882.cms
Pubblicato da Domenico a 10:04