A rickshaw and three thoughts 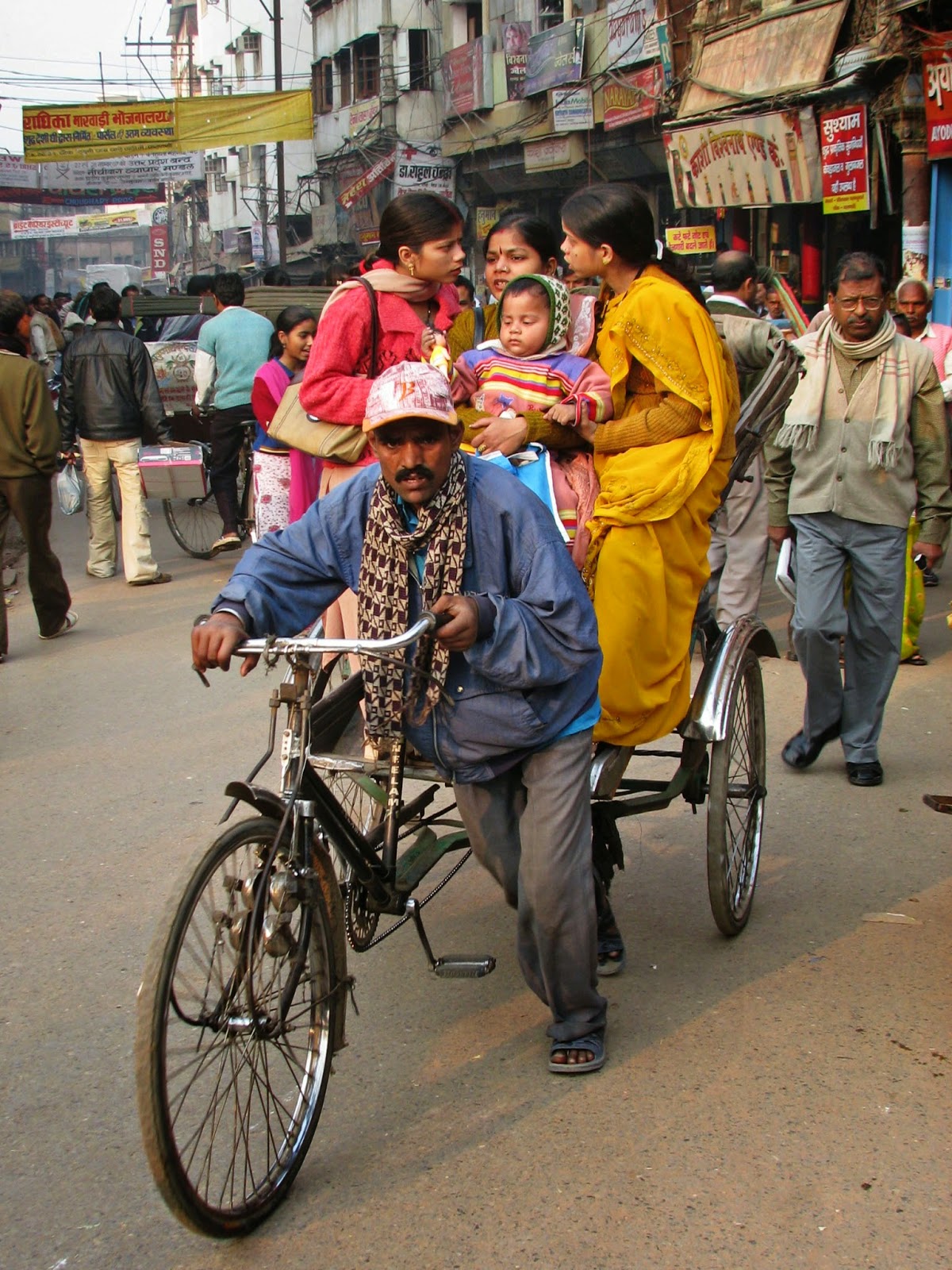 Tonight Sunil also should think again about me. I will not take the usual watered tea, I want samosa, dal and fish curry. It been so long that I feel the smell of it, but I never got to taste it. Tonight yes. And he will serve them hot and can not make fun of me because I pay.
He chose me. The white sahib who came out of the temple chose me. I was not even the first in line, but he rose on my rickshaw. I took him immediately to the hotel. It was raining because this year the monsoon came, and as if it came! But I went like a train. In the rain I took once where he told me. When the road goes, just before the driveway leading to the hotel, I got up on the pedals, I had my heart in my throat, but I did go. I was afraid that my foot slipped on the pedals, but I did it. The sahib must have been happy. He gave me a hundred rupees! Do not believe it. Sometimes I do not even in three months. Today was a good day. Finally! 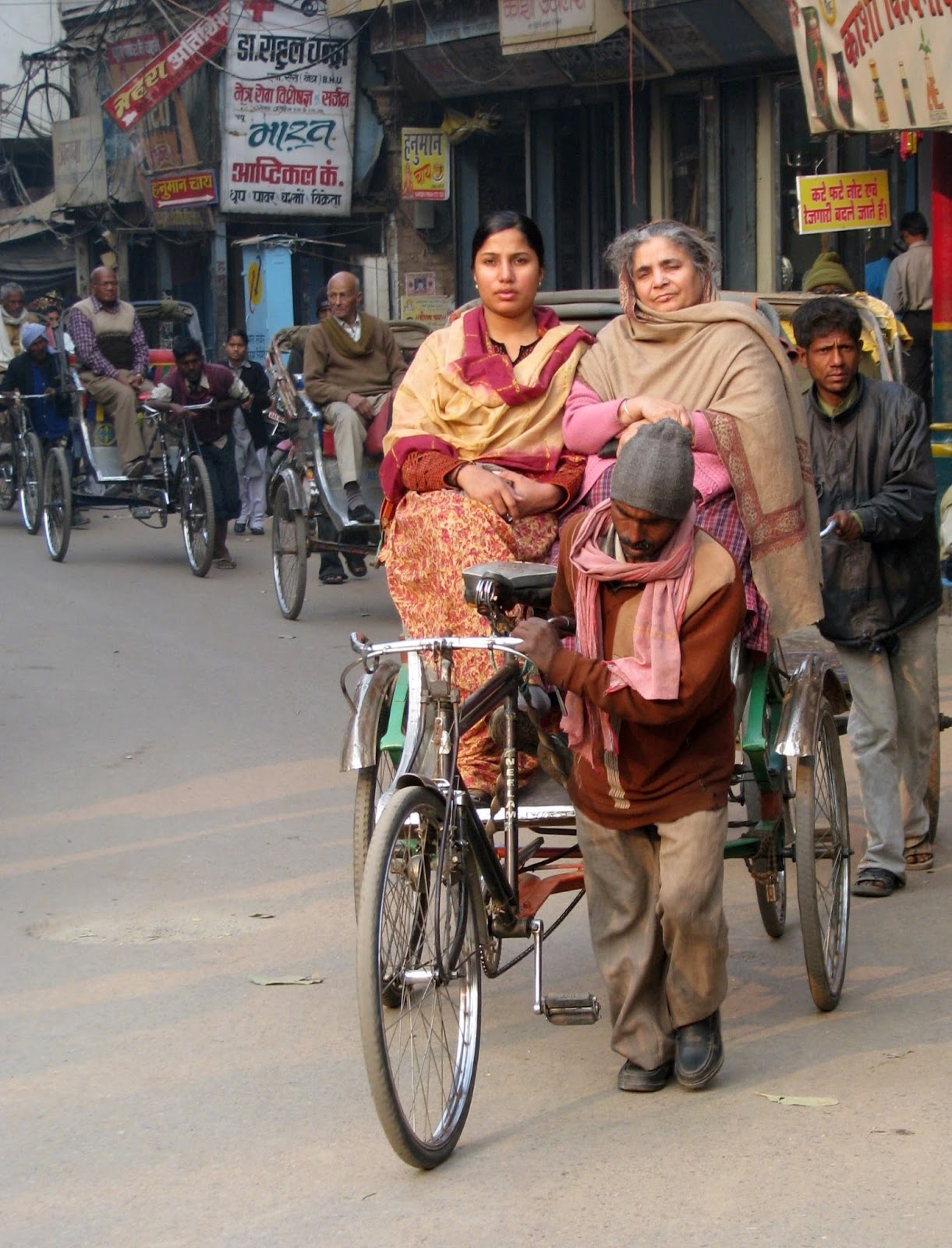 I do not know if I did well. It seems to me a form of slavery, maybe I'm wrong, but I said to myself, "if I use it, I can help this unfortunate man," so I went up. I could take the motorisciò or go on foot, but it was raining and then I got on the bicycle rickshaw. In India sometimes do not know how to behave. The line was long, but that man seemed the most desperate of all, and although he was not the first, I chose him. He was skin and bones and at one point he also had to get up on the pedals. He could not go. The rain was pouring and the road was a little uphill. Above this barrow I felt like a worm. I was ashamed to see me, but no one has paid attention to us in this chaos of the city. In the end I gave him a hundred rupees. I think the race it was worth less, much less. But this man has made me pain and I felt a bit guilty. Then, in the end, one hundred rupees are little more than a euro. 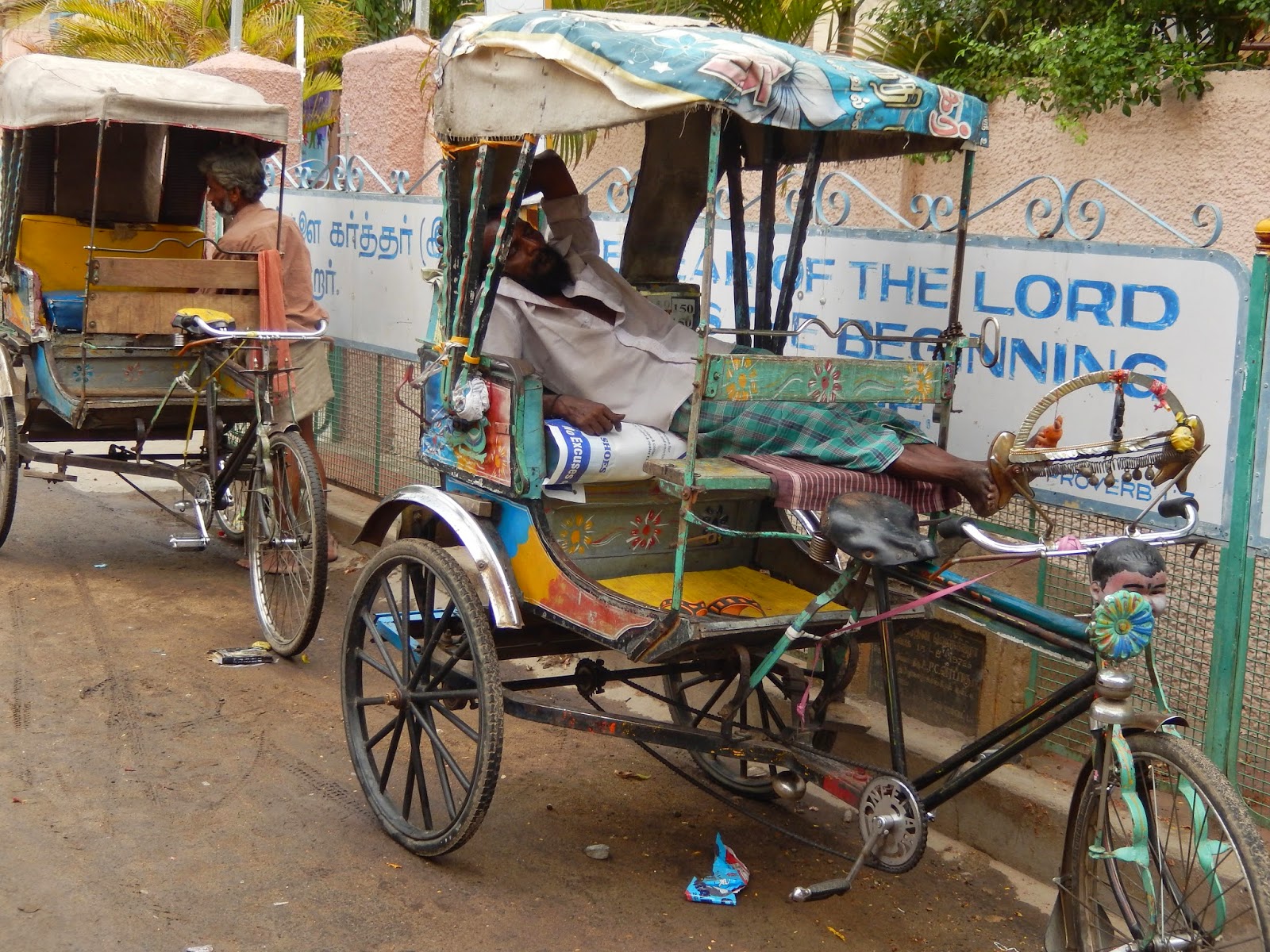 Why did not he took my rickshaw? I was the first in line, I'm strong, the rickshaw is clean, certainly newer than that of Rahul, but the sahib chose him. He holds his own soul with his teeth, but he did not pull back. That race was mine. He gone to the hotel, at the end there is also a climb, he will be crashed. It's not fair. He has not even looked at me, he went direct on Rahul rickshaw. And who knows how much he paid. Will have given him fifty rupees, bastard! I really needed that money. The rice at home is over. Lentils and chickpeas enough for two, three days. And that man steals me a race and that race! Fifty rupees flown away. The woman who climbed on my rickshaw immediately after went at home and then it came out that she had no money. I said, "give me at least a rupee." But she did have not a penny. What could I do? If I knew, I could not get her. What a lousy day!
Pubblicato da Domenico a 15:36