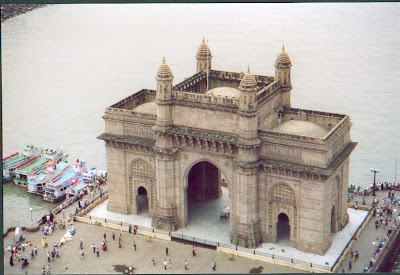 More and more heated political controversy in India with the approaching date of the presidential polls planned for July 19 (click here and here).


The candidate of the Congress Party is the expert Minister Mukherjee while the opposition has a surprise candidate Purno Agitok Sangma, Christian and tribal also supported by the Bharatiya Janata Party (BJP) opposition party linked integralism Hindu.
Sangma's candidacy seems to be purely instrumental. As stated in the article by Choudhury Ratnadip of Tehelka , Sangma took part in a race for Presidentsail to win only san other, the upcoming political elections.
"Sangma had thrown his hat in the ring for the presidential candidate with the 2013 Assembly polls and 2014 Lok Sabha elections in mind. By portraying himself as the candidate of the tribals and Christians, he has taken a calculated risk that should serve him well in the long run."
The figure Sangma - a former member of the Congress party - is very controversial and his alliance with the BJP and some of his statements have raised controversy.
Recently, to a broadcaster who asked how a Christian like him justifies the support of the BJP suspected of connivance with the anti-Christian violence carried out by Hindu fundamentalist, he answered: " Where is the evidence that the BJP is responsible for the anti-Christian pogrom in Kandhamal? Let us not jump to conclusions ... we must not make such allegations."
The Christian reaction not long in coming, "that of Sangma - said Cedric Prakash, Director of" Prashant ", a Jesuit center in Ahmedabad (Gujarat) for human rights, justice and peace – is the typical stand of an opportunist. It will be a very sad day for the country and for the cherished values ​​of democracy, should he be elected to be the President of India."
"The BJP - continued Prakash - had really no one to put as their candidate. Besides, in the future they could always say that they supported a Christian and a tribal, groups which they have consistently demonised and attacked all these years! And surely they will continue their attacks in the future, too.. "
Also Lenin Raghuvanshi, an atheist activist for Human Rights and executive director of the People's Vigilance Committee on Human Rights (Pvchr), has denounced the statements of the presidential candidate as "ridiculous" statements to "be condemned in full," a clear sign that "the ultra-nationalist Hindu BJP are manipulating PA Sangma." And to think - he continued - that Sangma is also supported by the Andhra Pradesh Federation of Churches (APFC).
According Raghuvanshi, with his statements Sangma "is trying to clean up the image of the Hindu nationalists, hoping to attract tribal sympathy and votes.”